URB Group organised The Road Show called “URB Group – 60 years of tradition and excellence in Romania”. The event was held in the following cities, as follows: ✔ March 12, at 11:00, Bucharest Radisson Blu SAS Hotel, Atlas room. ✔ March 13, at 11:00, Targu-Jiu, Casa Danielescu. ✔ March 19, at 11:00, Cluj, Grand Hotel Iltay. ✔ March 21, ora11: 00, Timisoara, Timisoara Hotel. ✔ March 26, 11:00 barlad, URB bearings Barlad factory premises. On this occasion we wanted to discuss, among other things, the quality bearing URB, URB Group’s strategy to expand the Asian market, the investments the group has planned for the next five years and, not least, counterfeiting industry, a phenomenon continues to undermine local market bearings. Opened in 1953, Barlad Bearings Factory is the largest production unit URB group, which also owns factories in Turkey and Hungary and is about to open one in India. The conference was a success attracting the attention of the Economy Minister Vosganian who said that he supports this industry and support incentives for local producers through subsidies and reducing taxes on investments. 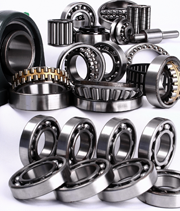 Inchide
aaa
We use cookies to ensure that we give you the best experience on our website. If you continue to use this site we will assume that you are happy with it. To find out more, read our update privacy policy.OkPrivacy policy